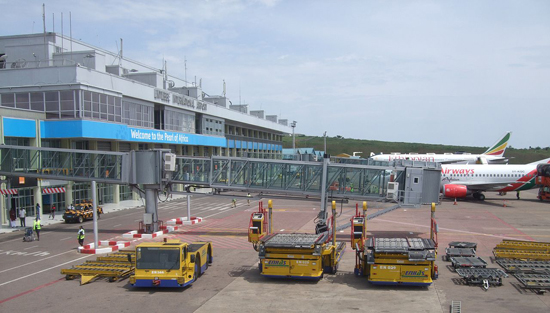 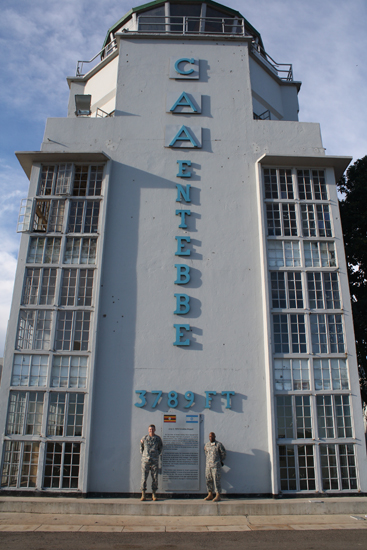 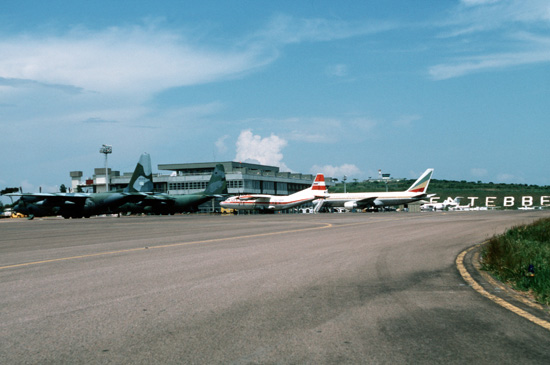 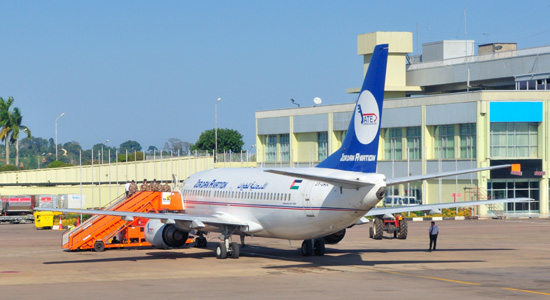 Entebbe International Airport lies astride the equator at latitude 00.020 North and longitude 320 East, for which reason it has often been described as the “Airport on the Equator”.

Elevated at 3782 feet above sea level, the airport is part of a peninsular bordering Africa’s biggest fresh-water-lake, Victoria.

Entebbe has a tropical climate all year round, ranging from between temperature of 17 0c and max of 27 0c in January and a min 16 0c, max 25 0c in July. The gateway to the “Pearl of Africa”, Entebbe is 40 Kilometres South West of Kampala City, Uganda’s Capital.
History of Entebbe International Airport:

Uganda first witnessed a civil Aviation motorized aircraft in its space in the early 30s when “a flying boat” landed at Port bell, south east of Kampala on the shores of lake Victoria to deliver mail. The mail delivery service had earlier started in neighbouring Kenya in 1929 by Wilson Air ways. The service facilitated communication between the colonial centers in the region.

The excitement generated by faster transport led to the creation of Directorate of Civil Aviation (DCA) in 1949 to over sees Civil Aviation activities in East Africa. In 1947 Entebbe was identified as the most suitable location for the country’s airport.

Entebbe was not only a bastion of the colonial structure in Uganda, it also provided easy navigation across the lake. Air Navigation services were at the time done through rudimentary technology. The airport at Entebbe was commissioned in 1951 with the splendour and presence of the Queen of England.