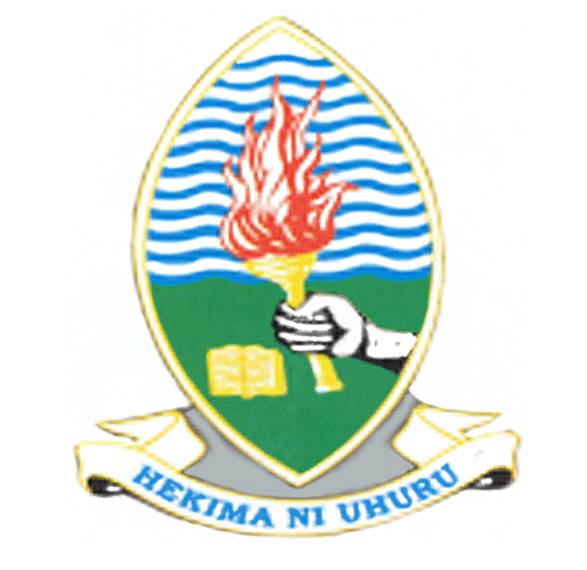 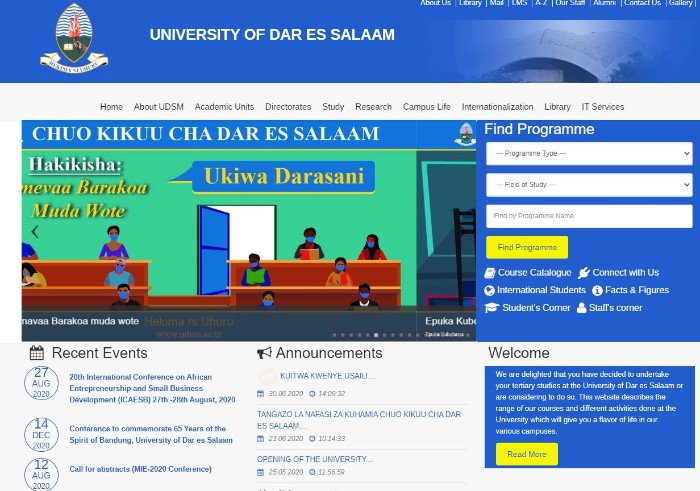 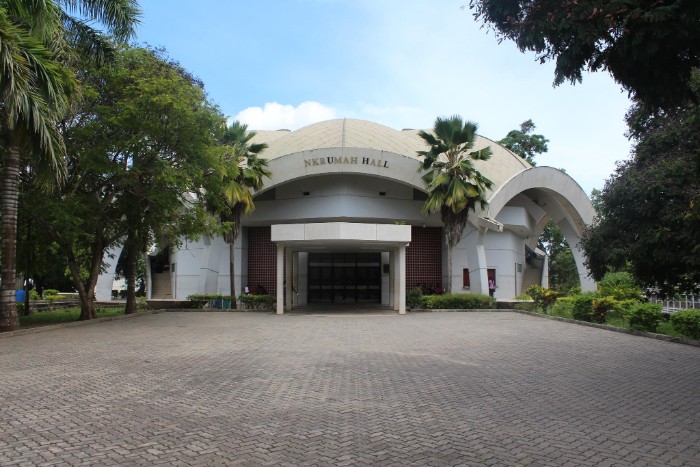 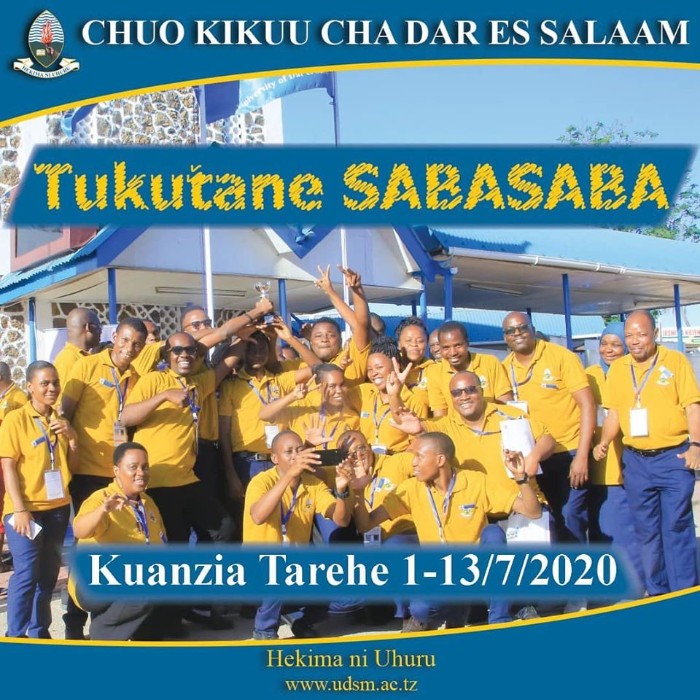 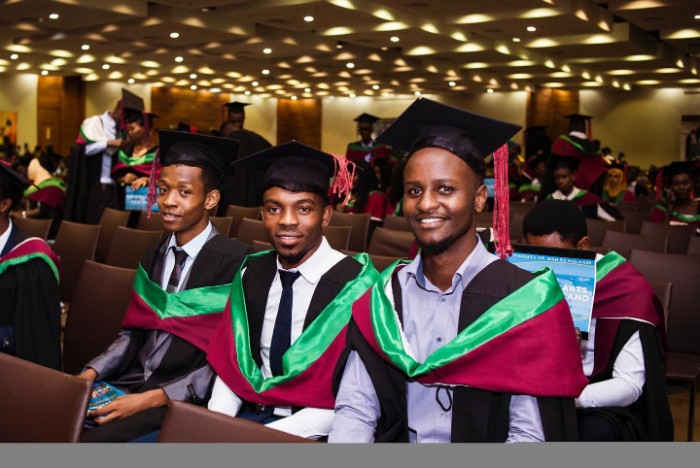 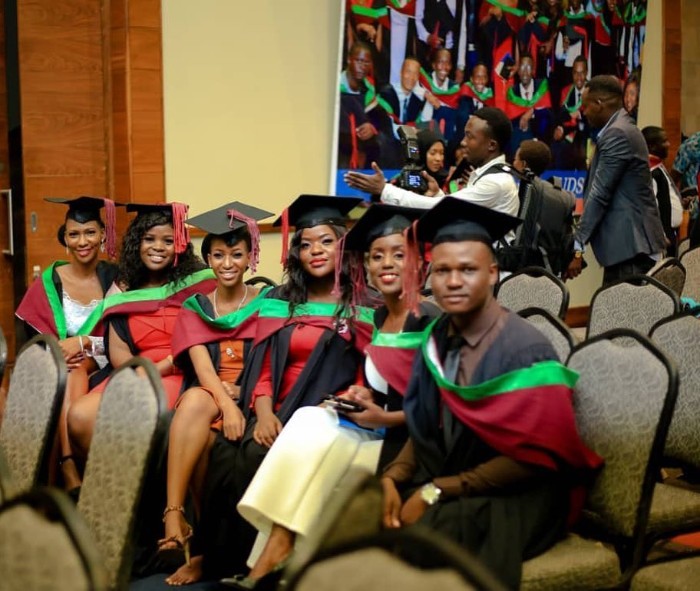 The University of Dar es Salaam is the oldest and biggest public university in Tanzania. It is situated on the western side of the city of Dar es Salaam, occupying 1,625 acres on the observation hill, 13 kilometers from the city centre. It was established on 1st July 1970, through parliament act no. 12 of 1970 and all the enabling legal instruments of the constituent colleges.

To transmit knowledge as a basis of action, from one generation to another;
To act as a centre for advancing frontiers of knowledge through scientific research; and
To meet the high level human resource needs of the Tanzanian society.

In 1961, the University started with the Faculty of Law. It expanded over the years with the establishment of the numerous Faculties and Institutes. It established a number of Colleges, some of which were later evolved into independent fully-fledged universities.

Further developments have been witnessed with the establishment of two new Constituent Colleges, namelythe Dar es Salaam University College of Education (DUCE) and the Mkwawa University College of Education (MUCE).DUCE was established in September 2005 by upgrading the former Dar es Salaam Teachers College. It admitted its first batch of students in the academic year 2005/06. MUCEwas established by upgrading the former Mkwawa High School. The College started admitting students in the academic year 2006/07. The two Colleges focus on the training of teachers for secondary schools in response to the needs of the Primary Education Development Programme (PEDP) and Secondary Education Development Programme (SEDP).