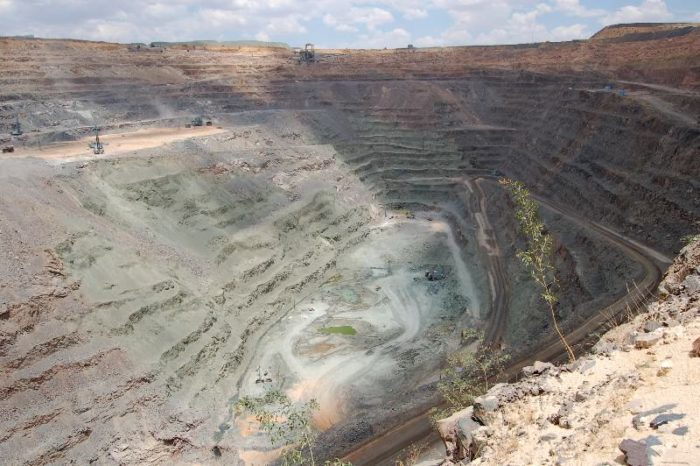 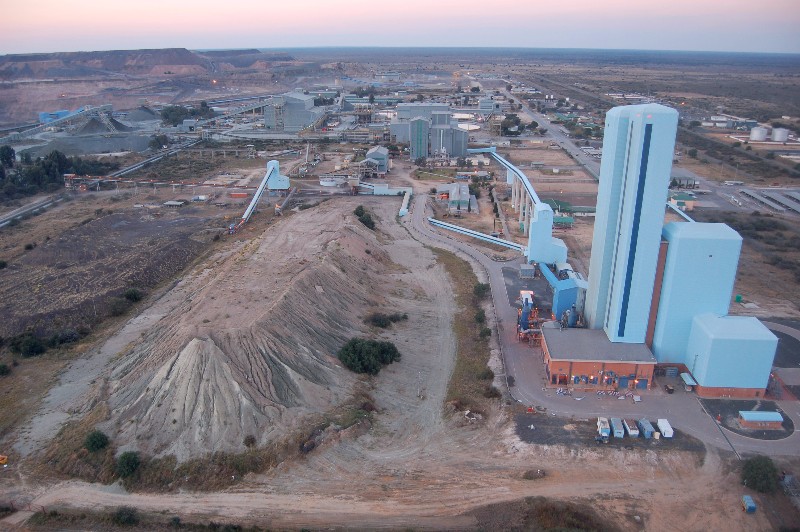 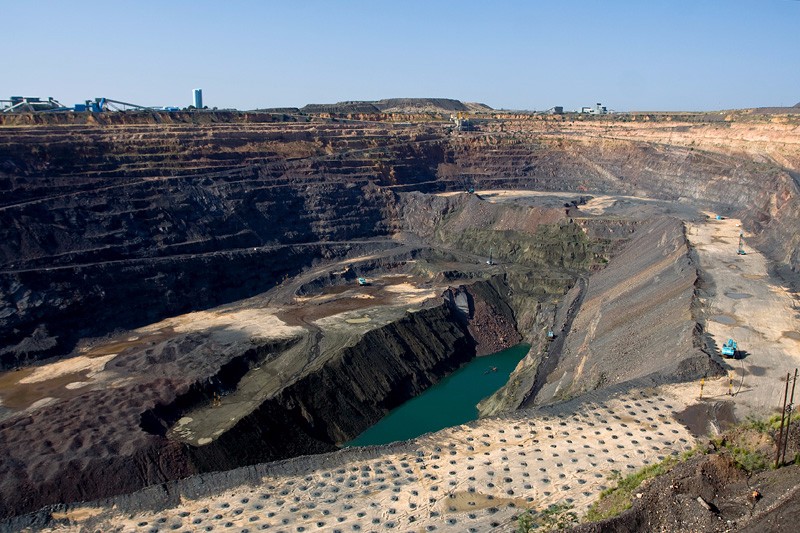 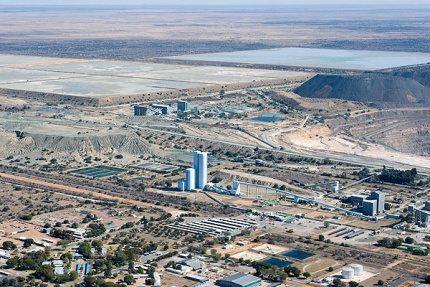 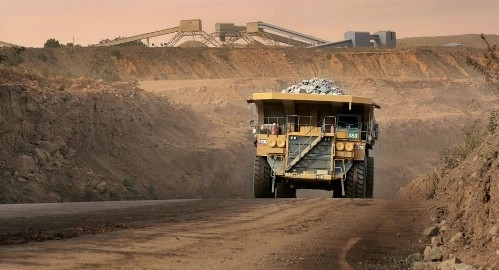 Jwaneng Mine is the richest diamond mine in the world by value. The mine became fully operational in August 1982, when it was officially opened by the then President of Botswana, His Excellency Sir Ketumile Masire. Construction of the mine and the township commenced rapidly, the former coming into full production in July 1982.

Jwaneng Mine is the flagship of Debswana due to substantially higher dollar per carat obtained for its gems. Jwaneng Mine contributes about 60-70% of Debswana’s total revenue.
Production

Currently Jwaneng is mining to a depth of 400 metres and is expected to reach 624 metres by 2017.

The resource consists of three separate volcanic pipes/vents namely; north, south and centre pipes (two additional small kimberlite bodies have also been intersected within the pit). The pipes erupted through Transvaal strata and the overlying Karoo sediments ~245 million years ago.

Production normally varies according to mining plans of approximately 12.5 to 15 million carats per year. In 2014, Jwaneng produced 11 312 279 carats. This excellent rate of recovery, combined with the very high quality of the diamonds, continues to make Jwaneng Mine the richest diamond mine in the world, by value.
Jwaneng Mine
Safety and Conservation

In addition to achieving its annual production targets, Jwaneng Mine maintains an excellent safety record. Since 1984, the Mine has achieved one of the lowest disabling injury incident rates in Botswana. This year, the Mine underwent an external OHSAS/ISO audit and the Auditors recommended re-certification.

Within the boundaries of the Jwaneng mining lease area, there is Jwana Game Park, which measures 15 669 hectares and accommodates approximately 1 700 animals. The park also hosts a field unit of Cheetah Conservation Botswana, as well as white rhinos.
Projects

Cut 8
Debswana Diamond Company has embarked on a major investment of P24 billion over the next 14 years. The expansion project called Cut 8, will ensure continuous production until at least 2024. With Cut 8, the life of Jwaneng Mine will be extended further by an additional 7 years.

Jwaneng Resource Expansion Project
The scope of the Jwaneng Resource Extension Project (JREP) involves the delivery of an indicated resource estimate down to 850m below surface, which will then support mining operations for the next 20 years including all key expansion activities such as the Cut 8 and Cut 9 projects.

Previous
Next
Business Near Me
Send Enquiry
Save this listing
Address: ​Private Bag 002, Jwaneng, Botswana​
Jwaneng
Southern District
Botswana
Get Directions: Get Directions