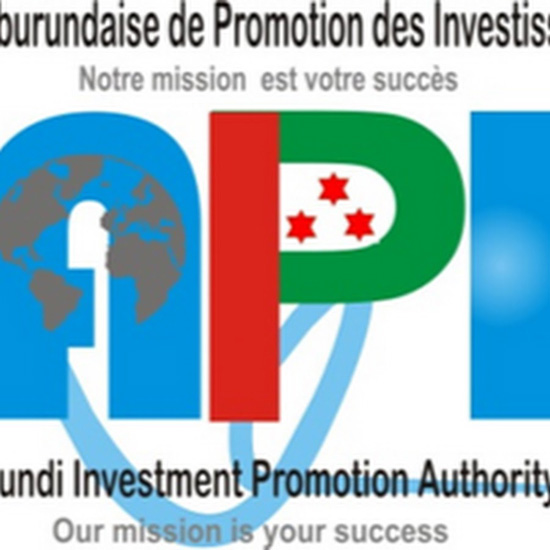 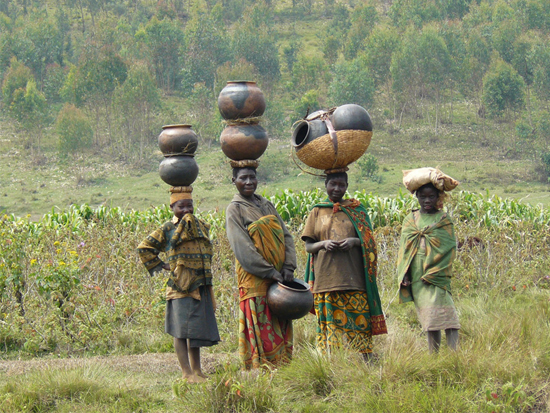 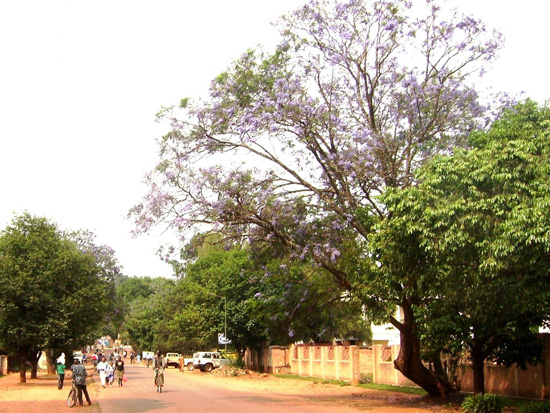 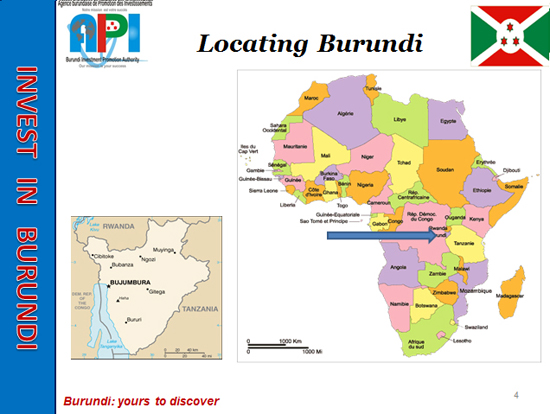 Burundi Investment Promotion Authority. Often called “the heart of Africa,” Burundi covers an area of 27,834 square kilometers. Bounded to the North by Rwanda, to the West by Democratic Republic of Congo, and to the East and South by Tanzania, Burundi is part of East-Central Africa. It is part of the region of great lakes and rift valleys, which extends through Central Africa from the Red Sea to Lake Malawi through Ethiopia.

Burundi is a small (about 8.5 million people) and landlocked country. It has one of the highest population densities in Africa, about 300 people per square kilometer.

Burundi made a successful transition to a multi-party system of government from 2000 to 2005. A transitional government, based on power sharing, took office in January 2002 for a 36-month term. In February 2005, the country approved by referendum a new constitution emphasizing power sharing and protection of minority rights. Communal elections took place in June 2005, and Parliamentary elections took place in August 2005.

Since 2000, the Government of Burundi has implemented a program of financial and structural reforms to stabilize the economy and revive economic activity. These have included: prudent monetary policy implemented by a more independent central bank in the context of a liberalized foreign exchange regime, prudent fiscal policy with poverty-focused expenditure priorities, and steps to strengthen and improve the transparency of public financial management.

Economic performance has improved, but real GDP growth still averaged only about 3 percent from 2001-2008. Economic growth remains highly volatile due to its dependence on the widely fluctuating agricultural sector, whose volatility is largely due to climatic shocks in recent years. 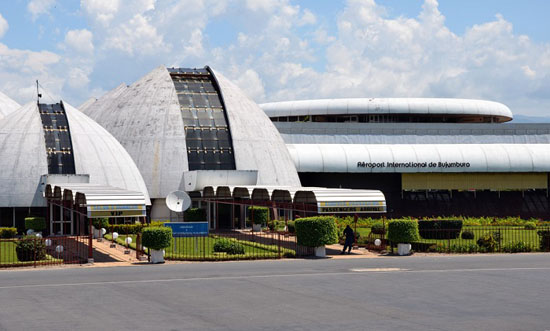