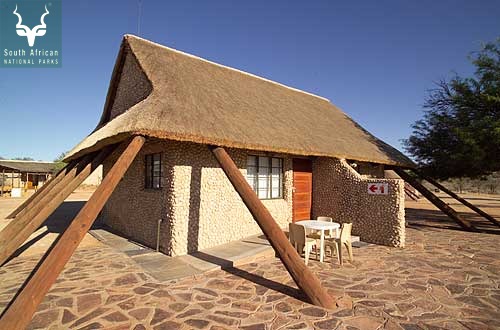 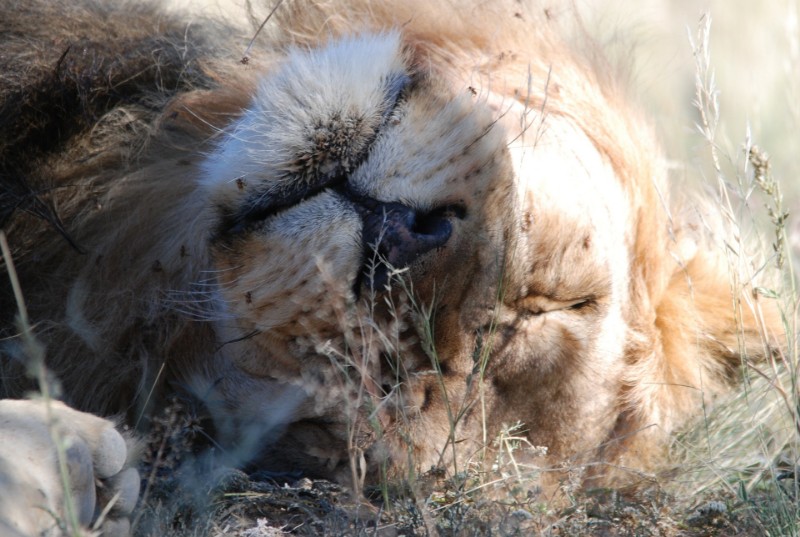 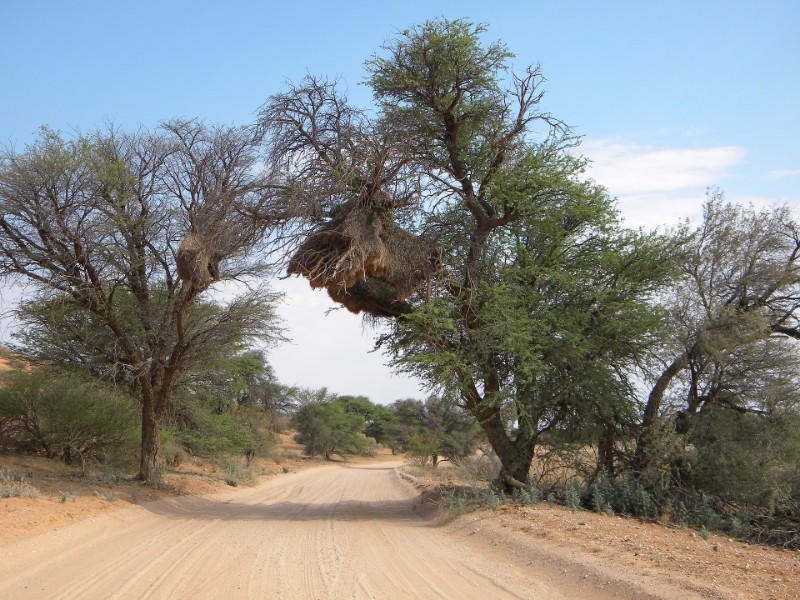 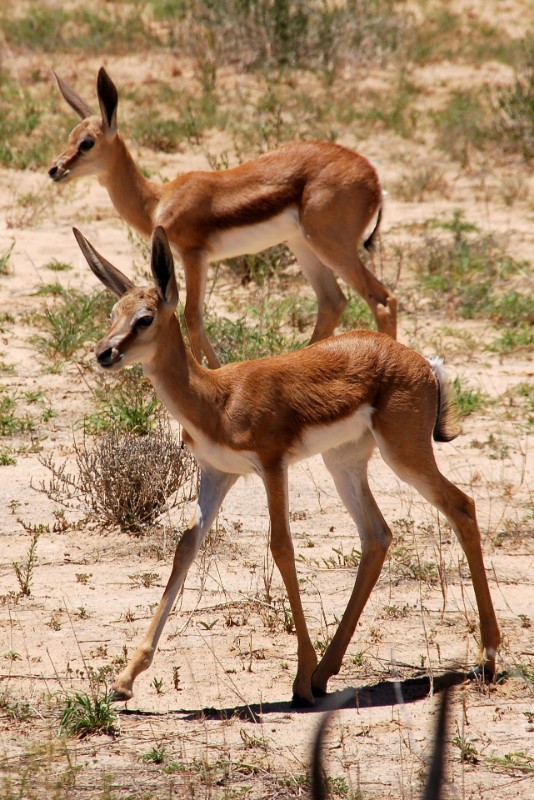 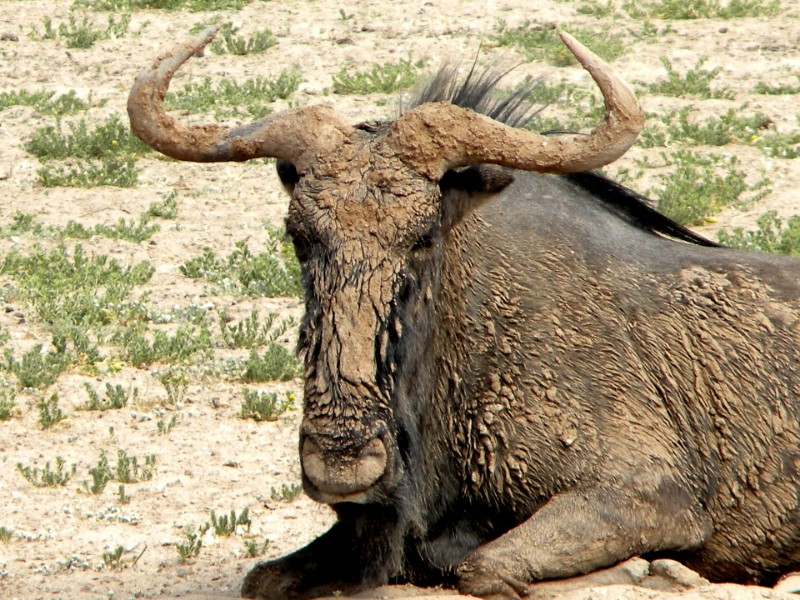 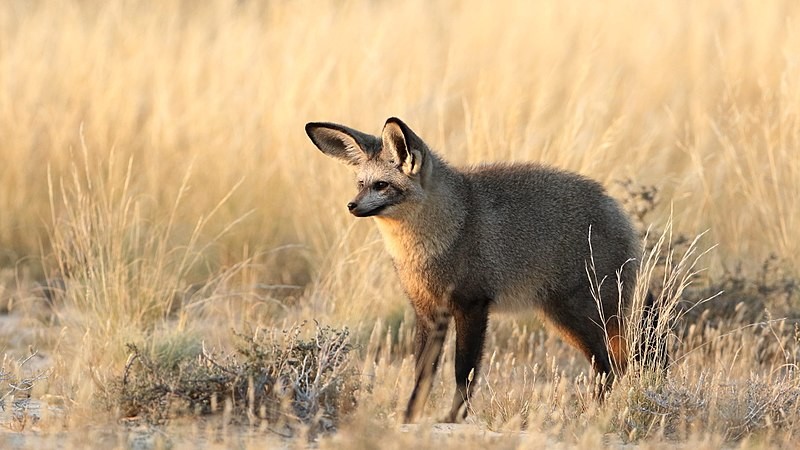 Kgalagadi Transfrontier Park is a large wildlife preserve and conservation area in southern Africa. The park straddles the border between South Africa and Botswana and comprises two adjoining national parks:

The park is located largely within the southern Kalahari Desert.

The terrain consists of red sand dunes, sparse vegetation, occasional trees, and the dry riverbeds of the Nossob and Auob Rivers. The rivers are said to flow only about once per century. However, water flows underground and provides life for grass and camelthorn trees growing in the river beds. The rivers may flow briefly after large thunderstorms.

The park has abundant, varied wildlife. It is home to large mammalian predators such as lions, cheetahs, African leopards, and hyenas. Migratory herds of large herbivores such as blue wildebeest, springbok, eland, and red hartebeest also live and move seasonally within the park, providing sustenance for the predators. More than 200 species of bird can be found in the park, including vultures and raptors such as eagles, buzzards, and secretary birds.

Since 2005, the protected area is considered a Lion Conservation Unit and a lion stronghold in Southern Africa.