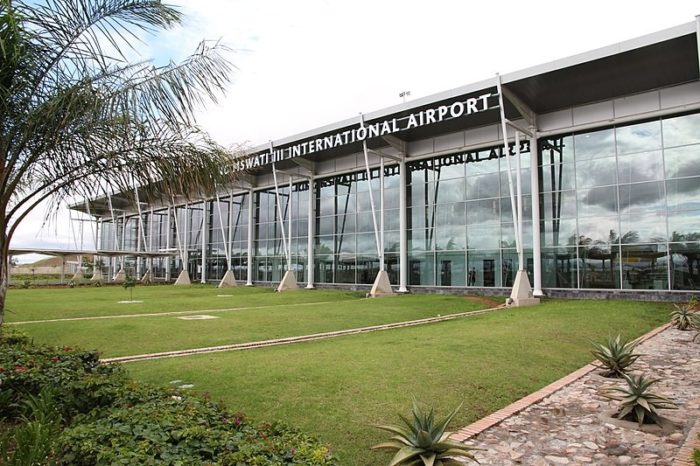 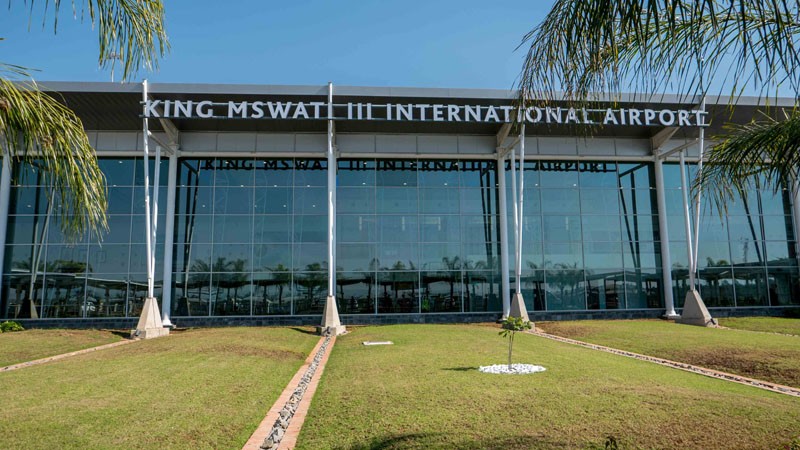 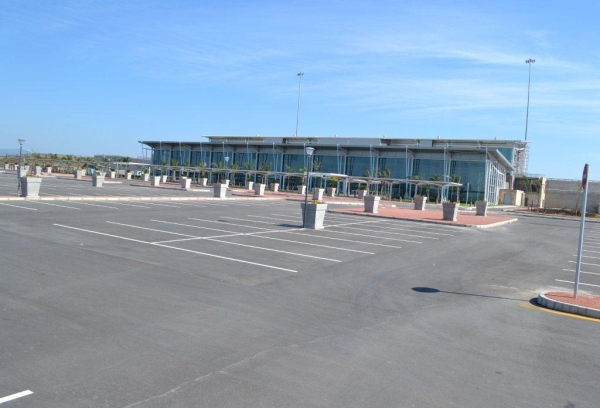 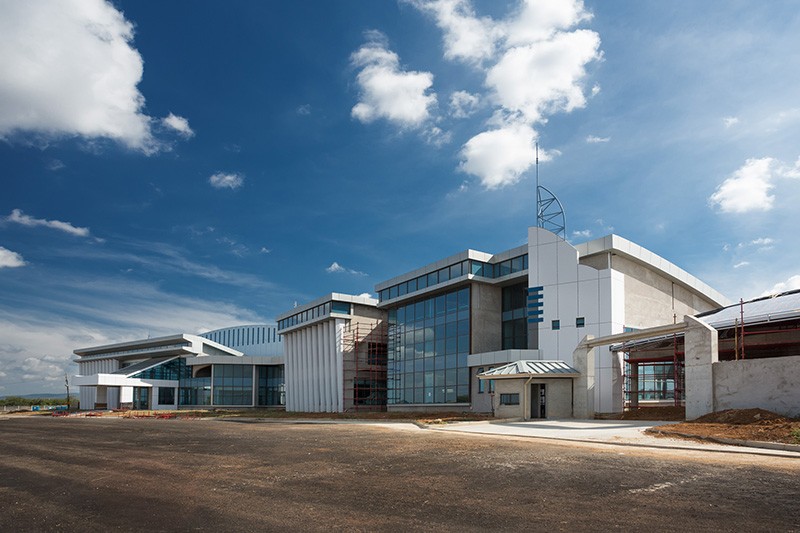 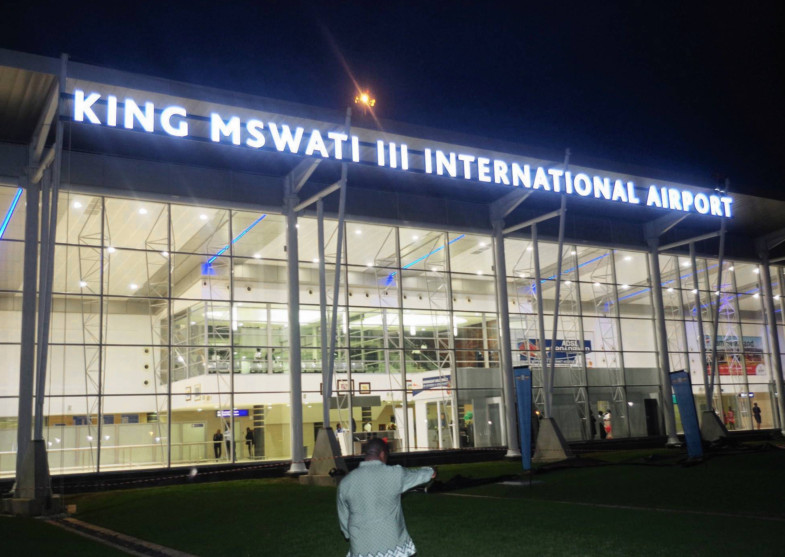 King Mswati III International Airport is perhaps the Kingdom’s flagship facility in the nationwide infrastructural investment envisioned by His Majesty to facilitate economic growth to a first world status level.

King Mswati III International Airport is located on flat terrain with good visibility. The Airport complex is arranged in a public precinct of buildings which includes the Terminal Building, Cargo Building and various support buildings and public parking areas. The airport is a visual statement and symbol of Eswatini as a country, a modern building set in extensive gardens of visual texture and colour with glazed curtain walls that blur the boundary between building and landscaping.

The 14000 terminal receives passengers into large multi-volume departure and arrivals halls that scoop natural light into the heart of the building. The state of the art facility is capable of handling 2 jumbo jets simultaneously to the safety and security standards required internationally and other large aircrafts (Code E aircraft (Boeing 747, Boeing 777 and Airbus 340) and three Code C aircraft (ERJ135).

The waiting lounge is located in a large spatial volume that supports two embarkation gates with a choice of duty free shopping. From this lounge the waiting passenger has a view of the runway and aircraft movements.

The terminal building is capable of meeting all the current flight and passenger projections and is also designed to meet the future needs of the airport to expand and absorb projected future air passenger and cargo demands for the region. The 1,200 m2 Cargo Building is capable of managing the current cargo projections efficiently and is designed to expand according to the airport’s future requirements.

King Mswati III International Airport- operated by the Eswatini Civil Aviation Authority- is truly the strategic gateway to Eswatini and the surrounding region for tourism and trade, people and cargo.