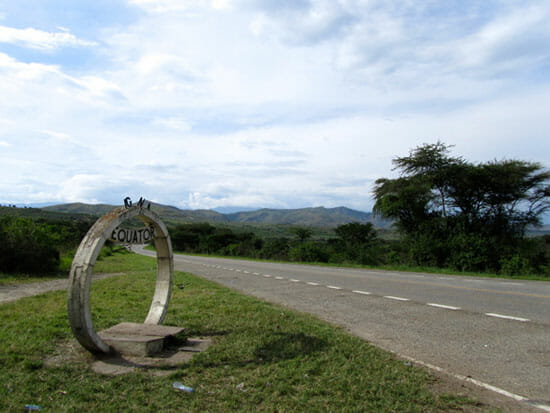 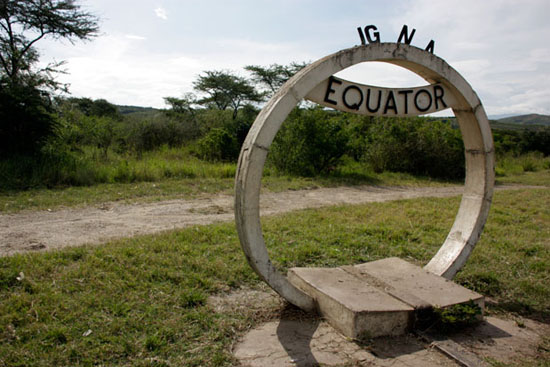 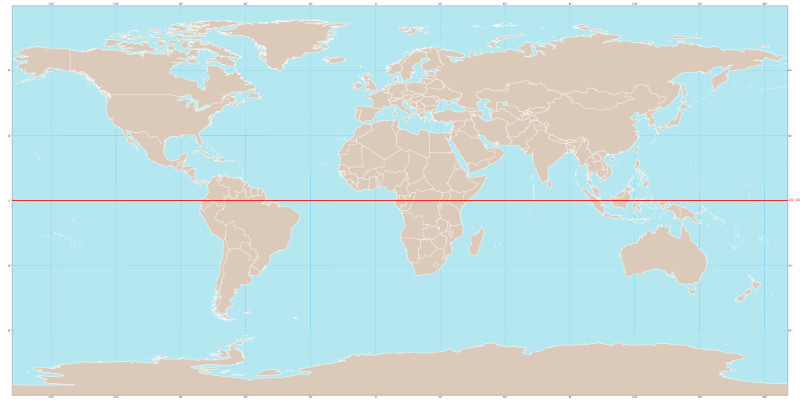 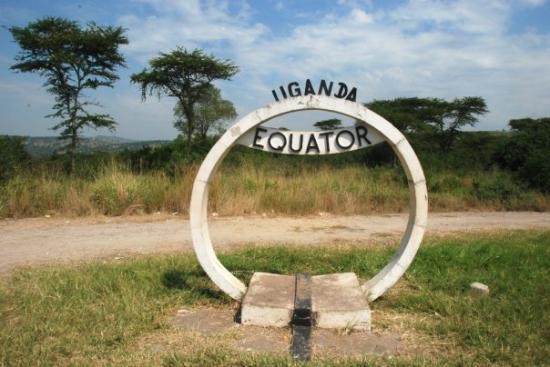 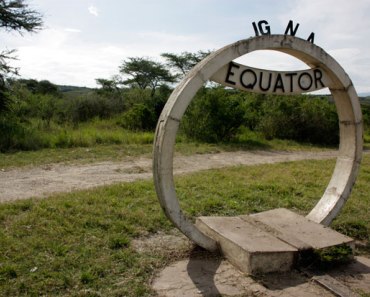 An equator is the intersection of the surface of a rotating spheroid (such as a planet) with the plane perpendicular to the axis of rotation and midway between its poles.
On Earth, the Equator is an imaginary line on the surface, equidistant from the North and South Poles, dividing the Earth into Northern and Southern Hemispheres. It is about 40,075 kilometres (24,901 mi) long, of which 78.7% lies across water and 21.3% over land.

The latitude of the Earth’s equator is, by definition, 0° (zero degrees) of arc. The Equator is one of the five notable circles of latitude on Earth; the other four are the two Polar Circles (the Arctic Circle and the Antarctic Circle) and the two Tropical Circles (the Tropic of Cancer and the Tropic of Capricorn). The Equator is the only line of latitude which is also a great circle — that is, one whose plane passes through the center of the globe. The plane of Earth’s equator, when projected outwards to the celestial sphere, defines the celestial equator.

In the cycle of Earth’s seasons, the plane of the equator passes through the Sun twice per year: at the March and September equinoxes. To an observer on the Earth, the Sun appears to travel North or South over the Equator (or the celestial equator) at these times. Light rays from the center of the Sun are perpendicular to the surface of the Earth at the point of solar noon on the Equator.

Locations on the Equator experience the quickest sunrises and sunsets, because the sun moves nearly perpendicular to the horizon for most of the year. The length of daylight (sunrise to sunset) is almost constant throughout the year; it is about 14 minutes longer than nighttime due to atmospheric refraction and the fact that sunrise is begun (or sunset is ended) as the upper edge, not the centre, of the Sun’s disk crosses the horizon.