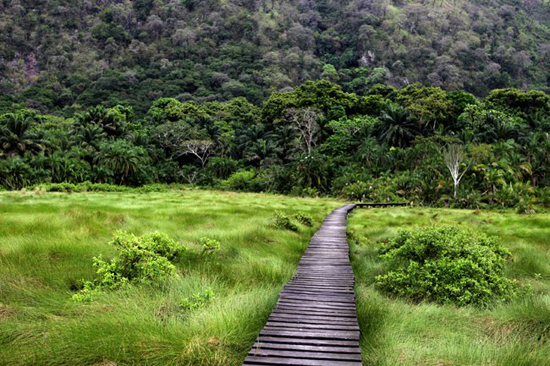 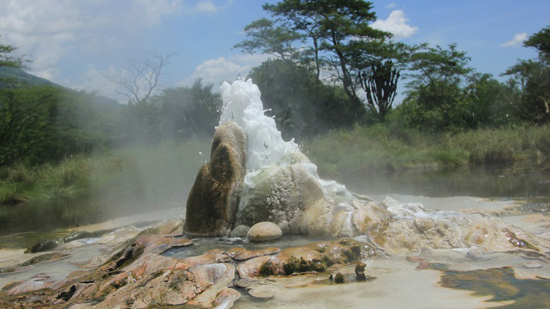 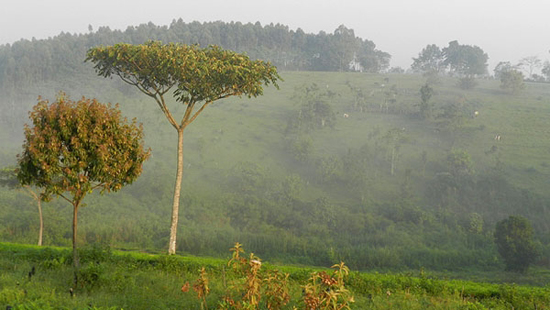 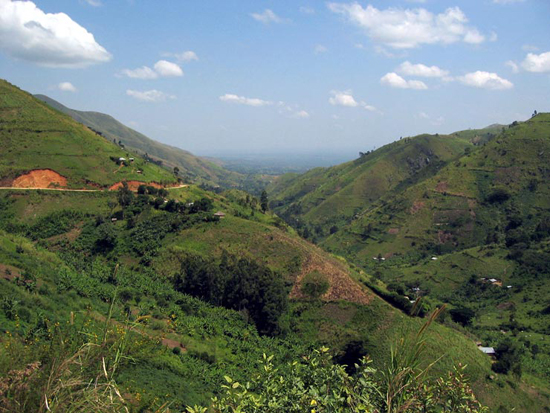 Semuliki National Park sprawls across the floor of the Semliki Valley on the remote, western side of the Rwenzori. The park is dominated by the easternmost extension of the great Ituri Forest of the Congo Basin. This is one of Africa’s most ancient and bio-diverse forests; one of the few to survive the last ice age, 12-18,000 years ago.

The Semliki Valley contains numerous features associated with central rather than eastern Africa. Thatched huts are shaded by West African oil palms; the Semliki River (which forms the international boundary) is a miniature version of the Congo River, the forest is home to numerous Central African wildlife species, and the local population includes a Batwa pygmy community that originated from the Ituri. As a result, this park provides a taste of Central Africa without having to leave Uganda.

While Semuliki’s species have been accumulating for over 25,000 years, the park contains evidence of even older processes. Hot springs bubble up from the depths to demonstrate the powerful subterranean forces that have been shaping the rift valley during the last 14 million years.

Semuliki National Park is located in Bwamba County, a remote part of the Bundibugyo District in western Uganda. Semuliki National Park has an area of 219 sq km and is part of the Central African Congo Basin forest system of the Democratic Republic of Congo (DRC), being separated from the Ituri forest of the DRC only by the Semliki River. It is separated from the rest of East Africa by the Rwenzori Mountain range and with it being located within the Albertine Rift, the western arm of the Great Rift Valley, it is included within the Eastern Afromontane biodiversity hotspot

The park experiences an average rainfall of 1,250 mm, with peaks in rainfall from March to May and from September to December. Many areas of the park experience flooding during the wet season. The temperature at the park varies from 18 to 30 °C, with relatively small daily variations.

The area that Semuliki National Park covers is a distinct ecosystem within the larger Albertine Rift ecosystem. The park is located at the junction of several climatic and ecological zones, and as a result has a high diversity of plant and animal species and many microhabitats. Most of the plant and animal species in the park are also found in the Congo Basin forests, with many of these species reaching the eastern limit of their range in Semuliki National Park.