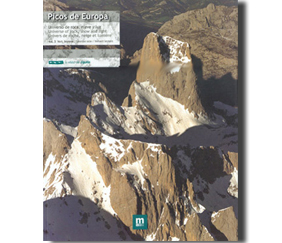 In "Picos de Europa, universe of rock, snow and light" ("Picos de Europa, universo de rocas,la nieve y la luz") from the collection "Eagle Eye View" ("A Vista de Águila"), the only text you will find is in the introduction of books. I try to offer the beauty of nature with aerial photographs taken by helicopter at different times of the year. For some of my works, four years of work have been necessary. I believe that I have done an essential work to help us to know better the Picos de Europa, these spectacular mountains that without a doubt make up the most important mountainous group of the north of the Iberian Peninsula.

The Picos de Europa is a mountainous massif located in the north of Spain that belongs to the central part of the Cantabrian mountain range. Although not very extensive, its proximity to the sea makes it lavish in geographic features of great interest. At present the National Park of the Picos de Europa is the second most visited national park in Spain, after the Teide National Park (Tenerife).

This limestone formation extends through Cantabria, León and the Principality of Asturias and its heights stand out, in many cases above 2500 m, because of how close they are to the Cantabrian Sea, because at their northernmost point they hardly distance themselves. 15 kilometers from the sea. Geographically the Picos de Europa are in the line of the Cantabrian mountain range, although they are considered as an independent unit of this one by their more recent formation. They occupy a total surface of 67 455 hectares distributed among the three provinces. 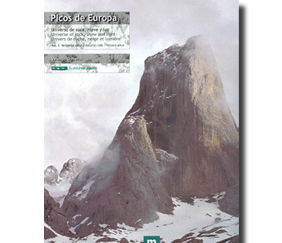 The highest heights are found in the massif of the Urrieles, which happens to be the roughest of the three, because fourteen of its peaks exceed 2600 m in altitude, with Torre Cerredo, 2650 m,  as the roof of these mountains and third highest in the Iberian Peninsula, after Sierra Nevada and the Pyrenees. Another mountain that forms part of this massif is Naranjo de Bulnes or Picu Urriellu, of grea 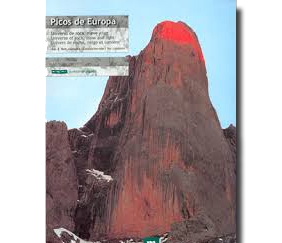 t historical importance in Spanish mountaineering. He was conquered for the first time on August 5, 1904, by Pedro Pidal, Marquis of Villaviciosa, and his companion of rope and guide Gregorio Pérez Demaría the cainejo, natural shepherd of Caín de Valdeón, ascension that is considered as the birth of mountaineering in Spain.

In the Western massif or Cornión, so called because of the horn shape that its silhouette offers when seen from the west, the Santa Peña stands out, which with its 2596 m of altitude exceeds 110 m at the next top of this massif, the Torre of Santa María or Santa tower of Enol. For these two mountains, Peña Santa and Torre Santa, this massif is also known as the Peñas Santas.

The Eastern massif, also called of Ándara to be in him the circus of the same name, is the most modest of the three, so much in height (its roof, the Morra de Lechugales, reaches the 2444 ms of altitude) like in verticalities. (Wikipedia)

"If your photographs are not good enough, it's because you're not close enough." Robert Capa.

"Which of my photos is my favorite photograph, one that I'm going to do tomorrow." Imogen Cunningham. 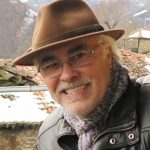 Valentín Ormeño is a Spanish businessman and photographer, resident in Gijón. His photographic works stand out for being a pioneer in bird's-eye photography in small planes and helicopters. His works on the peaks of Europe are a reference in mountain literature.

He owns the Anuario Guía, one of the most important business offices in the north of Spain.