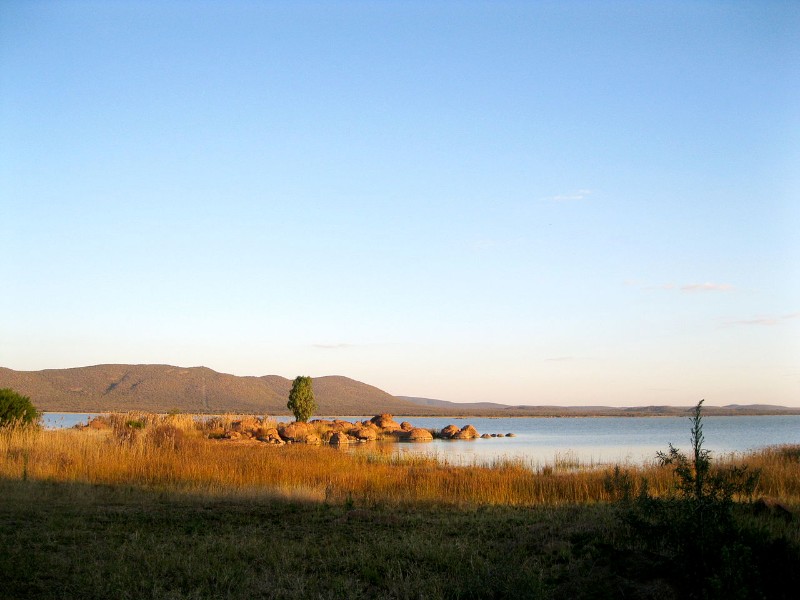 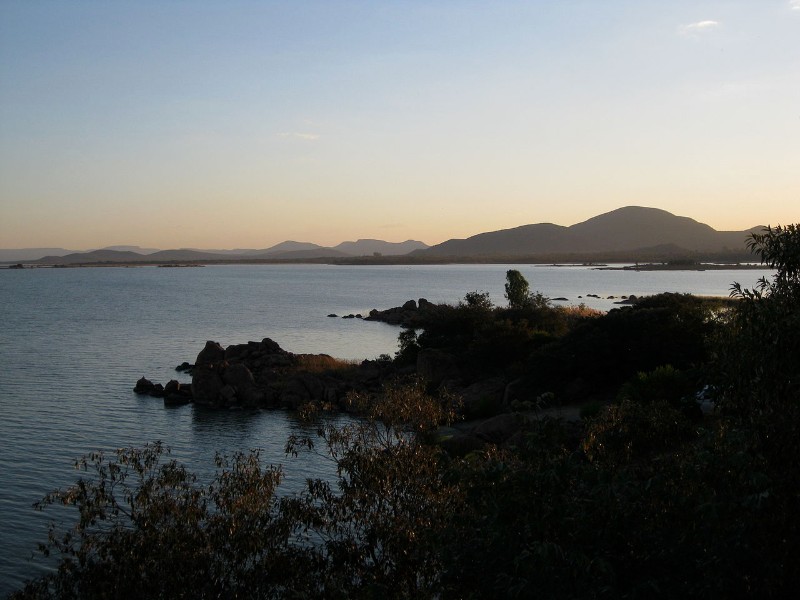 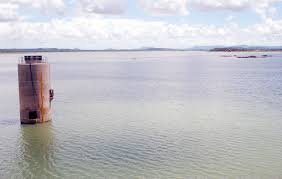 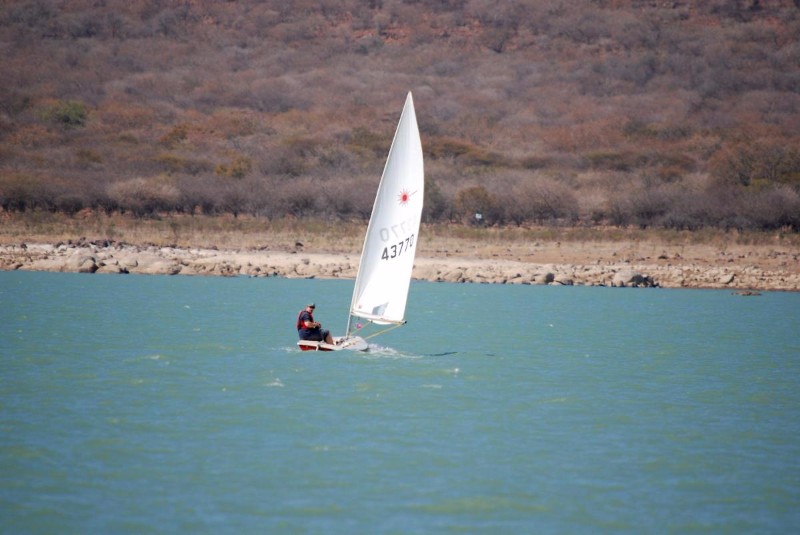 The Gaborone Dam is a dam on the Notwane River in Botswana with a capacity of 141,100,000 cubic metres (4.98×109 cu ft). The dam is operated by the Water Utilities Corporation, and supplies water to the capital city of Gaborone.

The Gaborone Dam is located south of Gaborone along the Gaborone-Lobatse road, and provides water for both Gaborone and Lobatse. The effective catchment area covers about 225 square kilometres (87 sq mi), drained by the Notwane river and the lesser Taung, Metsemaswaane and Nywane rivers.[5] Between 1971 and 2000, average annual rainfall was between 450 millimetres (18 in) and 550 millimetres (22 in). Temperatures range from 10 °C (50 °F) in Winter to 37 °C (99 °F) in Summer. Average potential evapotranspiration is about 1,400 millimetres (55 in) annually.

Dam construction began in 1963, capturing water from the Ngotwane River, at a time when the new capital city of Gaborone was in the planning stages.The original dam was complete in 1964.[8] The dam is an earthcore fill structure.[1] During the 1965-66 rainy season the reservoir filled and overflowed.

Between 1983 and 1985 the dam was raised by 7 metres (23 ft) to increase capacity, reaching a maximum height of 25 metres (82 ft) and a length of 3.6 kilometres (2.2 mi). Raising the dam had to be done extremely carefully to ensure that the impervious upstream zone of the dam remained intact and was extended up the raised bank. Most of the reservoir is less than 10 feet (3.0 m) deep. The surface area of the reservoir when full is 15 square kilometres (5.8 sq mi).

Until completion of the Dikgatlhong Dam in 2011, the Gaborone dam was the largest in Botswana. 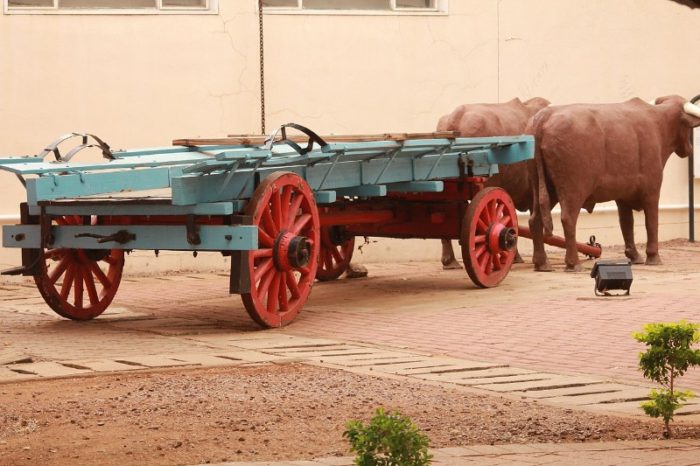